So far the case, and it somewhere for about a week dries, we will be engaged in small things. For example springs. As I have told earlier, I will do springs anew. From a brass leaf thickness 0,4mm cut out strips for the first leaf of springs. 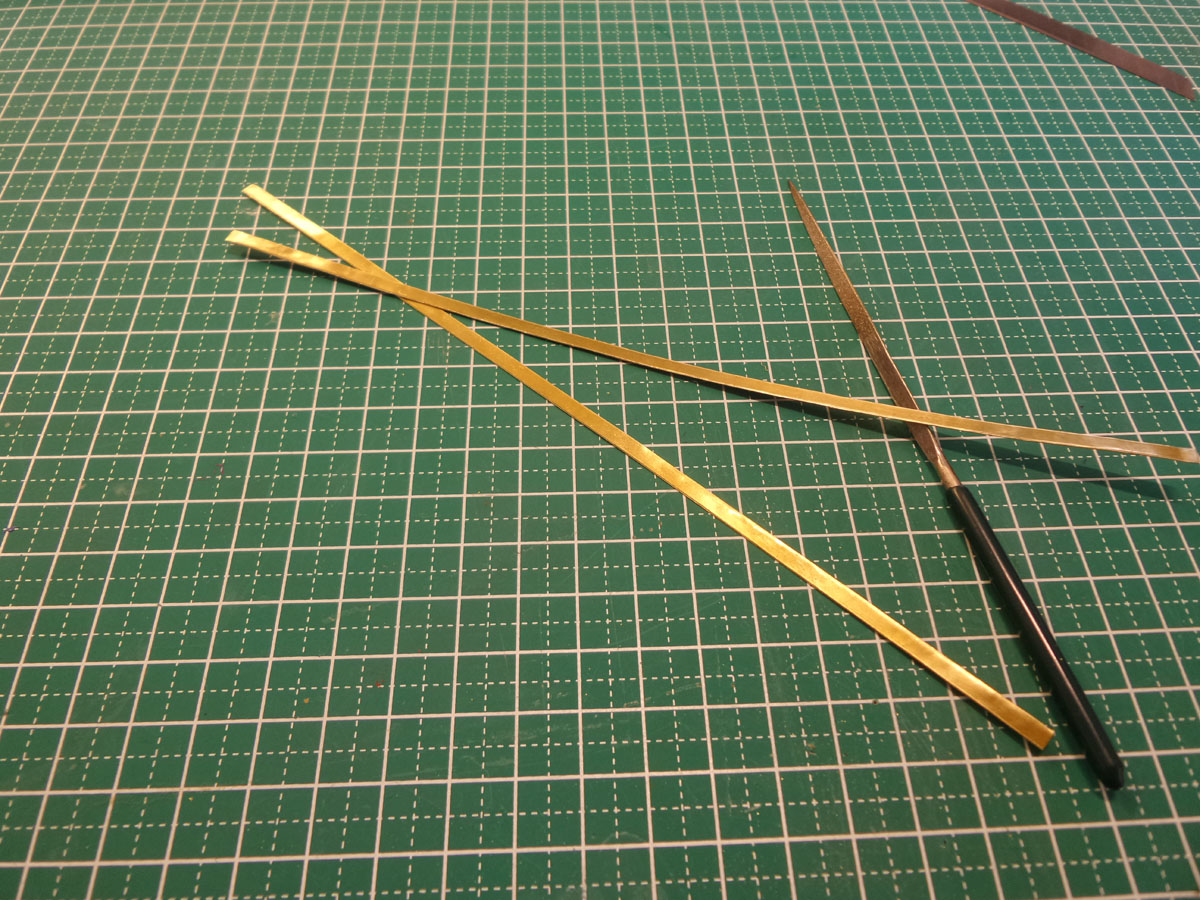 Behind that I have made the first sheets, having bent them according to the plan. 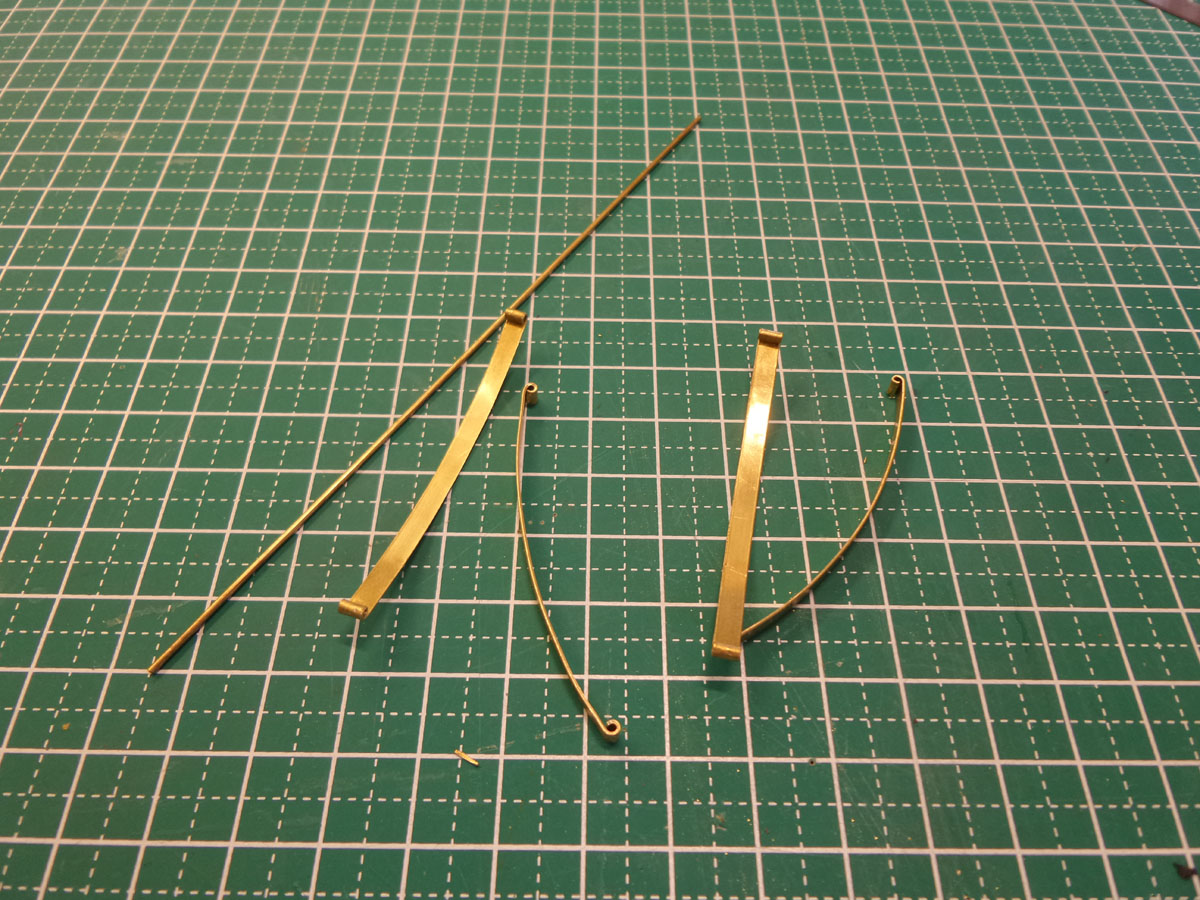 As the subsequent sheets I used the cardboard strips saved from the previous sets. The first cardboard leaf glued on superglue, the subsequent on PVA. I have missed the mark end faces of sheets with superglue for flaking avoidance. Sets of springs turn out rather strong, is checked. 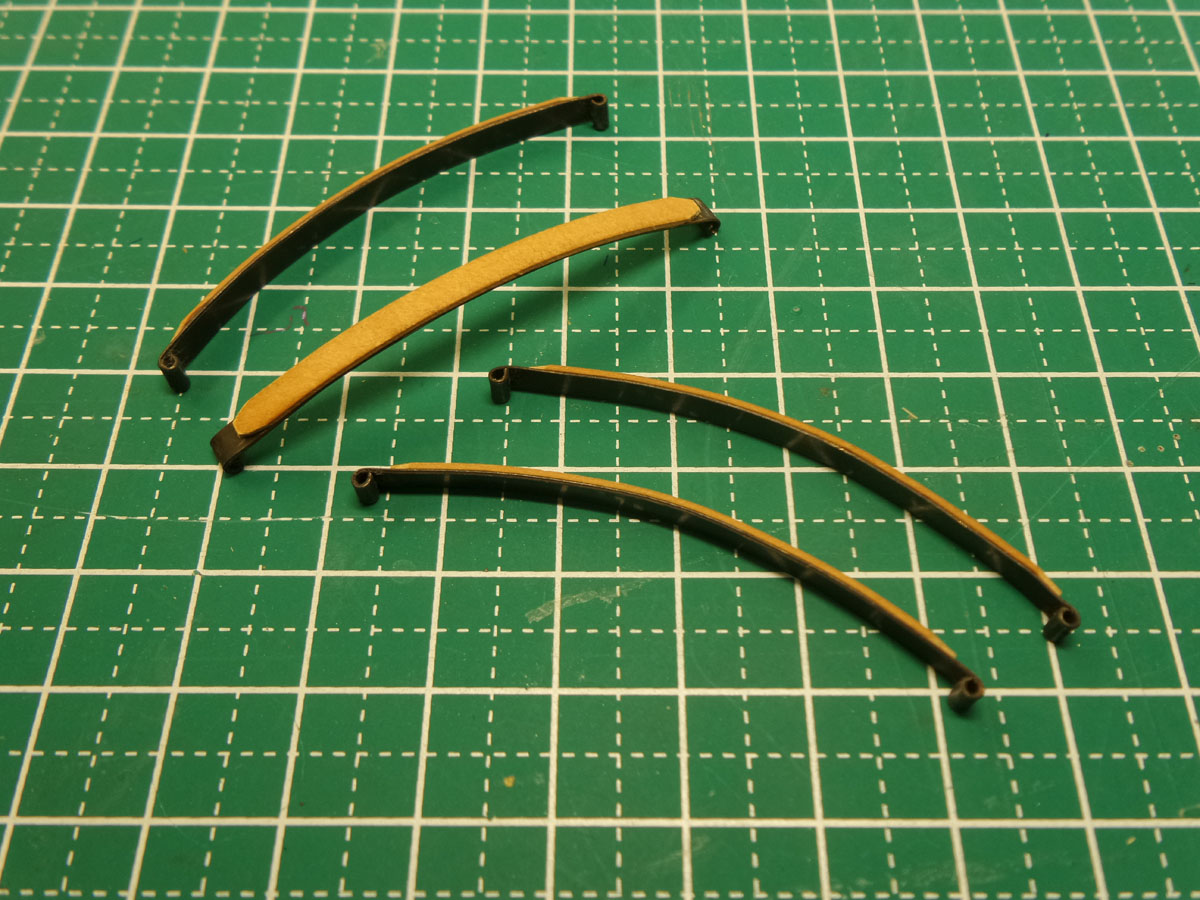 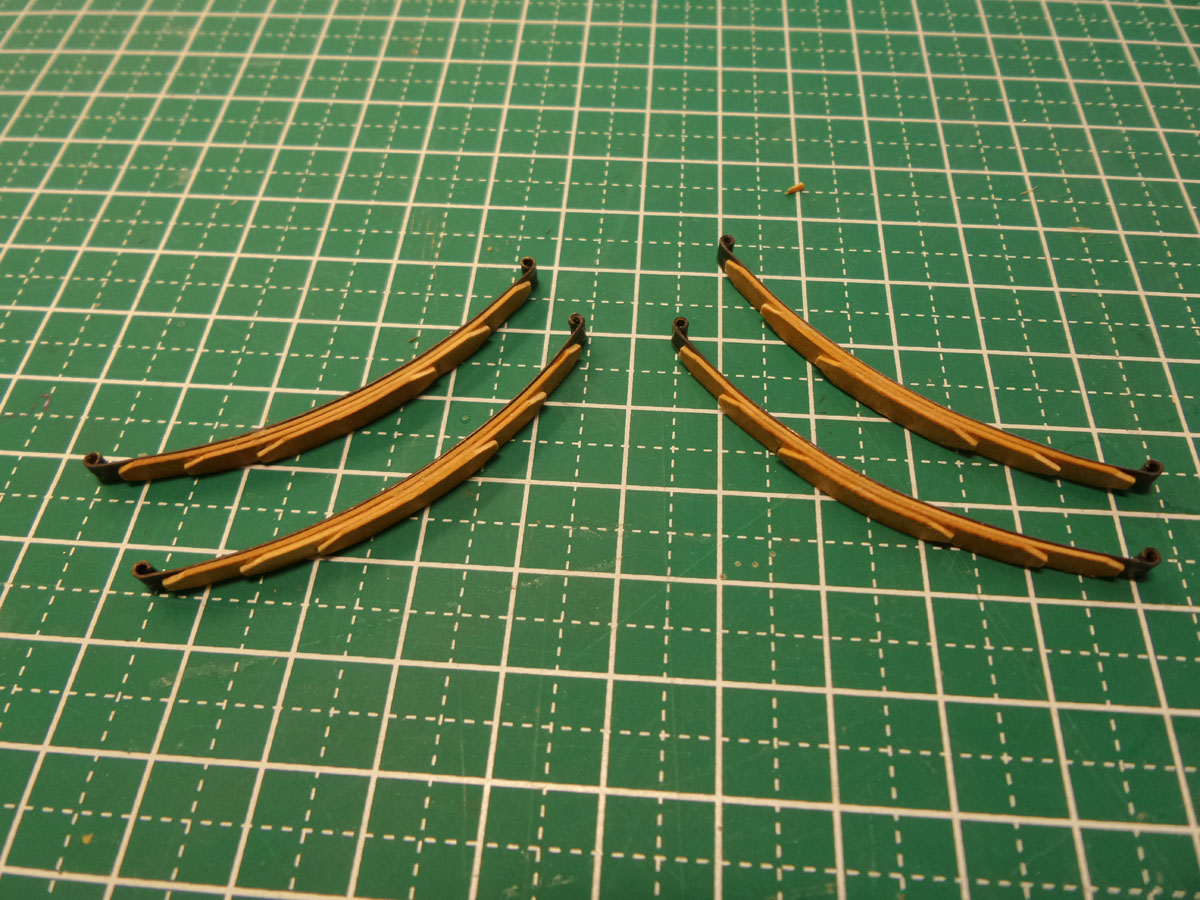 Further, using something from a set and I have made own stocks holders of springs. 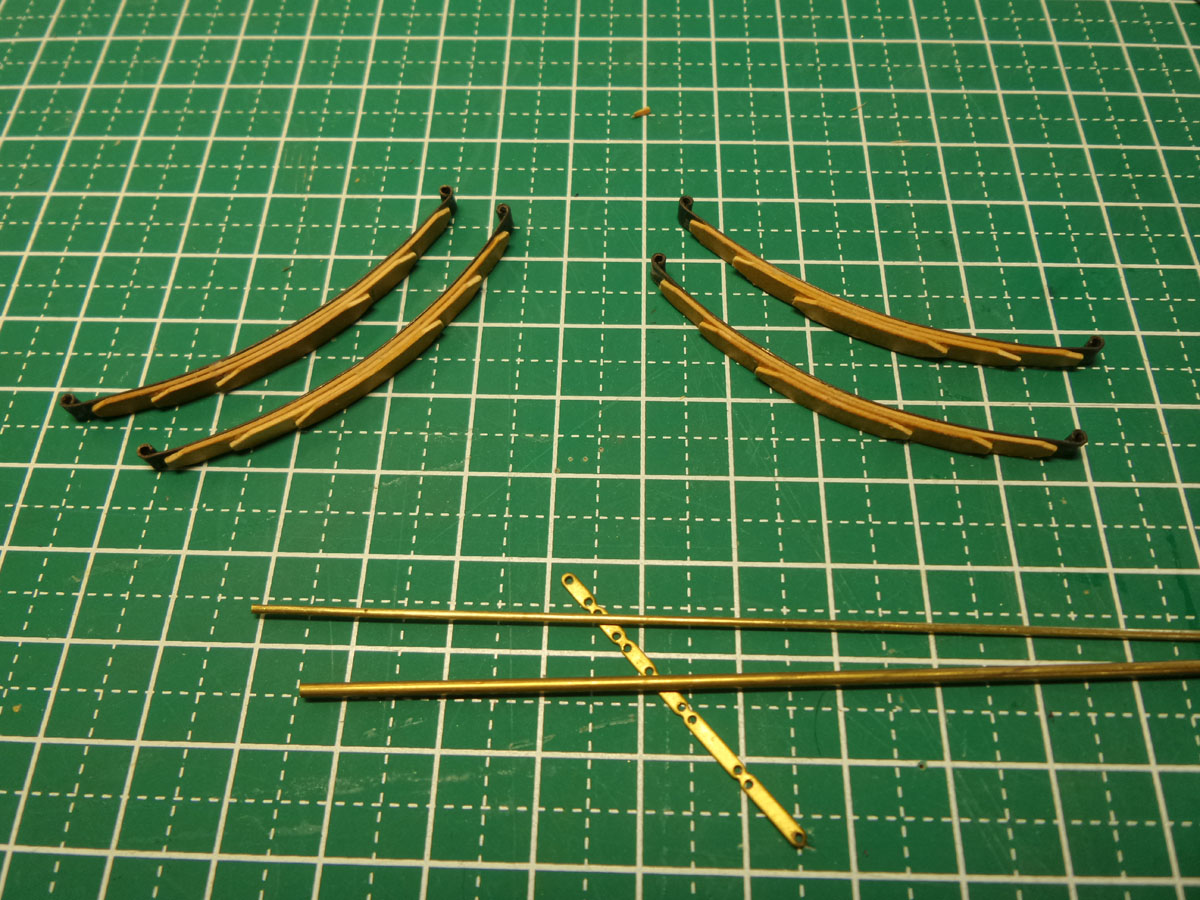 As sets of forward and back holders of springs identical, it has simplified production. I soldered tin and orthophosphoric acid. I will cut off lengths of preparations after fitting on the case. It has begun so far, to be continued. 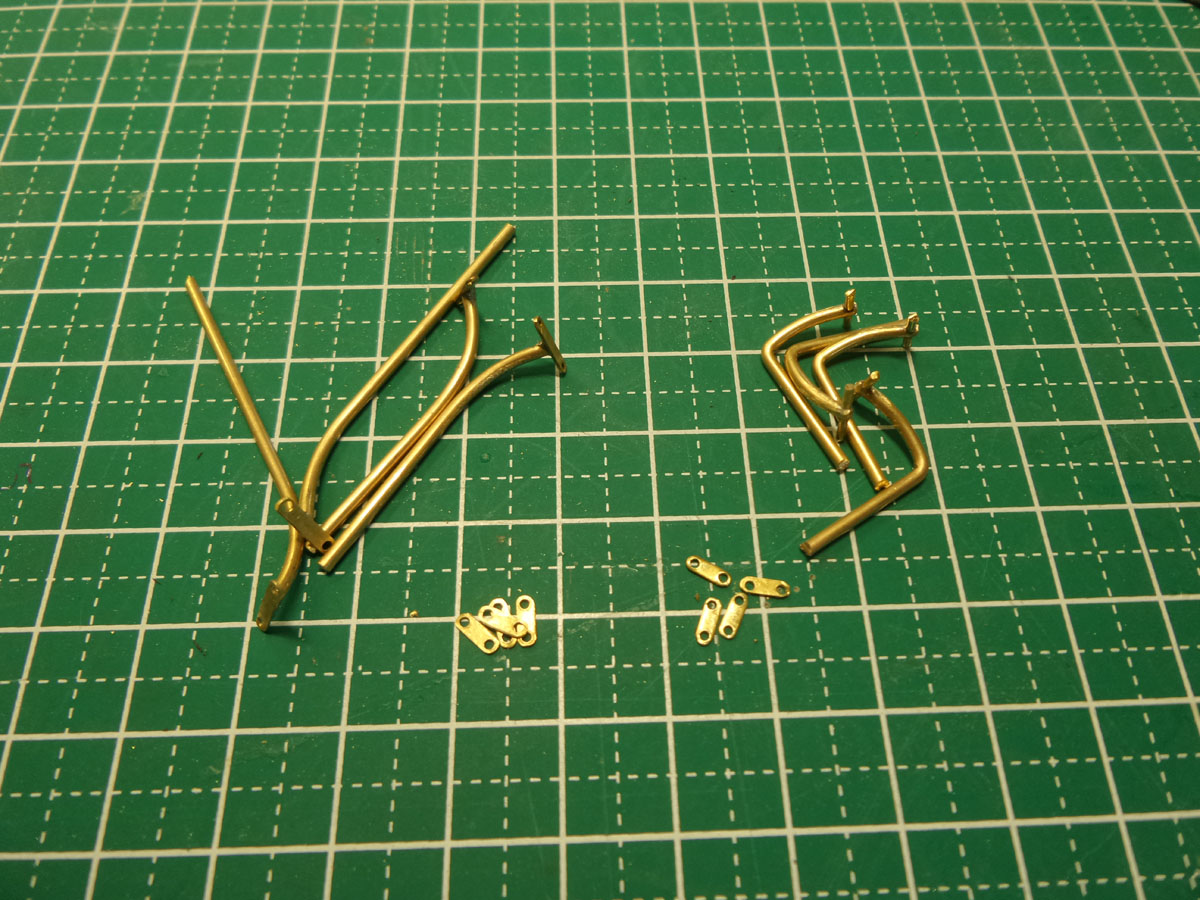